'Wary of repossession, my breasts ran away….' (Mammaries, The Feminist Wire, 2015) 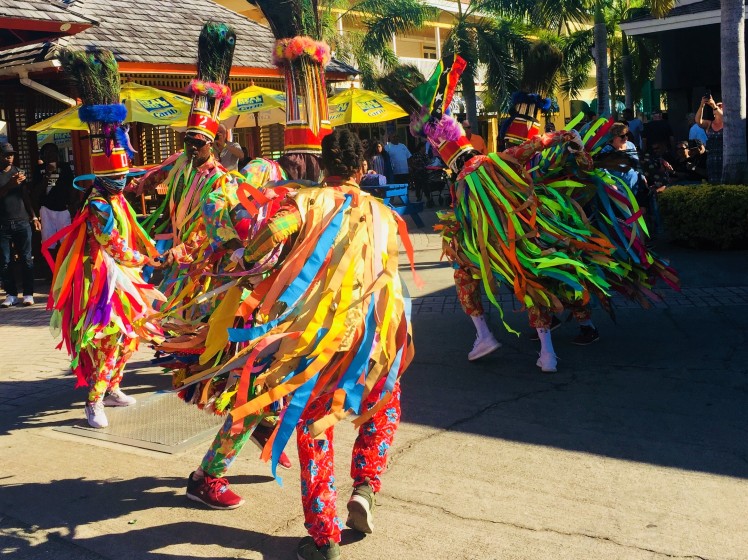 We know all about spirits in Barbados. We are so familiar with the other-worldly aspect of existence that we happily acknowledge it in our speech as a matter of course. Expressions like ‘My spirit don’t meet hers‘ (Intuitively, there’s something about her I don’t like) or ‘I going do it when the spirit move me‘ (I’ll get to that task when I feel the time is right) are commonplace when we talk to each other.

Early this morning I was looking over the photos stored in my iPhone and giving thanks for the many blessings I received this year, several of which were reflected in my photos. That flip through my e-album made it clear that the guidance of Spirit was one of those blessings. Let me explain. One of my greatest joys for 2019 was the realisation of a lifelong dream of signing with a literary agent and securing a book deal. My 2019 retrospective morphed into a review of the past four years of my life (yes, my iPhone is that old!) I stared at my face in several snapshots and marveled that, at the time certain pics were taken, I had had no idea that the manifestation of two of my dreams was, at that very moment, galloping towards me.

While I had no clue that ‘How the One-armed Sister Sweeps Her House’ was going to be the book that brought those objectives into being, I firmly believe that my spirit did, and prompted and guided me accordingly. The images in my phone bear witness.

April, 2018, for example. Most of the manuscript was done and I was trying to figure out how I would craft its ending. At that point, the tunnels which are (now) so central to the story did not feature within the text. I used to pass the Garrison fairly often and had heard that George Washington House had recently started offering a tour of some underground tunnels that were located beneath it. The snapshot in my iPhone from 09 April, 2018 is from the afternoon I decided to answer the repeated, unexplainable impulse to take the tour.

In the photo, the tour guide, my daughter and I are smiling after one of the most inspiring experiences I’d had in a while. To explain further, I don’t like small spaces and dusty environments spell disaster for my sinuses. The tunnels had both. I’d just completed an appointment nearby and my daughter was anxious to get to the activity I’d planned for her after. There was no reason for me to decide to stop and pay to explore that underground maze at that point in time except….. the spirit moved me.

That same month, a friend I hadn’t spoken to in a long time contacted me out of the blue. She was planning to attend a moonlight meditation in the Animal Flower Cave, she said, would I be interested in joining her? At that point, I didn’t consciously practise meditation, and I’d certainly never meditated by moonlight in a cave before. There was baby-siting to arrange and anxieties (about the tide coming in while I sat cross-legged) to keep at bay, but I did what I had to and went because … the spirit moved me.

The image in my iPhone is of a motley crew of would-be meditation practitioners mincing over the rocks on the floor of the Animal Flower Cave, feet illuminated by the beam from the flashlight of our (decidedly non-plussed) cave-guide. That snapshot can never replicate the deep and abiding calm I experienced that evening, the assurance that, even while sitting on the rocky floor of a cave that had, a few hours before that, been filled with water, I was safe. The photo doesn’t explain the certainty I had then that every good thing I had dared to ask for was on its way to me. The photo does not convey how inspired I was by the cave itself or the sure-footedness of the guide.

A tour of Harrison’s Cave (after over a decade of not having visited) and a compulsion to follow the story of a cave rescue in Thailand also happened that year. Perhaps unsurprisingly, caves featured in the ending of the story as  I drafted it and became more prominent throughout.

I’m not normally interested in caves in the least – but the spirit led me through a string of nudges and happy coincidences to experiences that inspired me and enriched the story. I can’t imagine the novel without the caves and tunnels, now, and I’m so glad I experienced what I needed to in order to write this book.

When the spirit moves you, I beg you, find your feet.